Marketing, Branding and Communication: Tips for Business Owners and Execs

As the recent court cases around the Michael Wright will has highlighted the rights of children outside of a marriage for inheritance. While everyone can make their own decisions with regard to how their estate is distributed, the court also reviews the fairness and validity of any claims made in a will, particularly towards dependent children.

Here are some of the factors that the judge will look at when deciding on an appropriate settlement for a child born outside of a relationship in the case of disputed wills and inheritances:

Age of the children

For children who are not yet independent, judgements will include support for education and extra-curricular activities as a well as housing and living expenses. For older children the judgements will be allocated on the basis of other factors including the existing relationship between the family, contributions to a family business and so on.

The court also looks at the length of support that has been provided to other children - so if older children born within the marriage have been supported through university degrees for instance, this will be factored into the court settlement for younger children.

Recognition of the relationship before the death

In the case of the Michael Wright will there was evidence that there had been an ongoing relationship between the child and parent. Where there is an indication that the relationship has extended beyond the biological and that there was a reasonable expectation on the part of the child that they would be accounted for in the will.

The size and scope of the estate

Where there is a large estate, making provisions for a fair settlement to all parties can be achieved without any hardship. Where the overall estate in smaller, or has indivisible portions, it can be harder to fairly account for all siblings without placing any child under undue hardship. The court looks at the fairness of all claims, not just the claim of the child born outside the marriage.

If you are looking to contest a will, then you should speak to an experienced estate lawyer, who can evaluate your claim and give you advice on the best way to proceed. 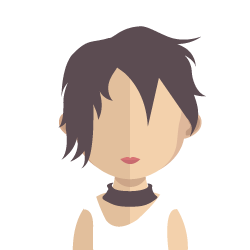 Hi! My name is Katy. I am currently searching for a job in the communications industry, but I have decided to put my degree to work while I look. In this blog, I am going to discuss everything about marketing, branding and communication. I am going to help you learn how to create a brand, how to market it and how to effectively communicate with your employees and clients. I am also going to include posts on when you should call for outside help and a look at how consultants can help you. I hope you and your business prosper from the info here!